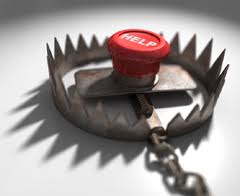 Unrepresented parties with automobile accident claims often do not realize that they may be entitled to require their automobile insurance company to waive its right to recover for medical bills, and lost wages paid on behalf of the party.

The above-described insurance carriers are typically entitled to be reimbursed for the payments they make on behalf of an injured person. The reimbursement comes from the claim made against the insurance company that covers the person that was at fault for an accident. This process is called subrogation. In handling a personal injury claim, it is vital to know what bills have been paid and by which companies, and who is entitled to subrogation. It is also vital to account for these liens in the process of settling the claim. A person settling a personal injury claim should always make clear, in settlement negotiations, who is responsible for reimbursing these liens. The question is whether the insurer for the driver that was at fault will be reimbursing the liens, or whether the injured person will be expected to reimburse the liens from their settlement proceeds. It would be a tragedy, if an injured person settled a case not realizing that they were responsible to pay insurance liens from their share of an injury settlement. In some instances, an injured person must obtain the consent of a lienholder before even settling a claim.